Classification of viruses on the basis of genome

An ongoing effort to classify viruses similar to that for cellular organisms has been complicated by the fact that viruses evolve rapidly and they can transfer their genes between viruses and with cellular organisms.

Taxonomic scheme for all Viruses Has yet to Be Universally Adopted 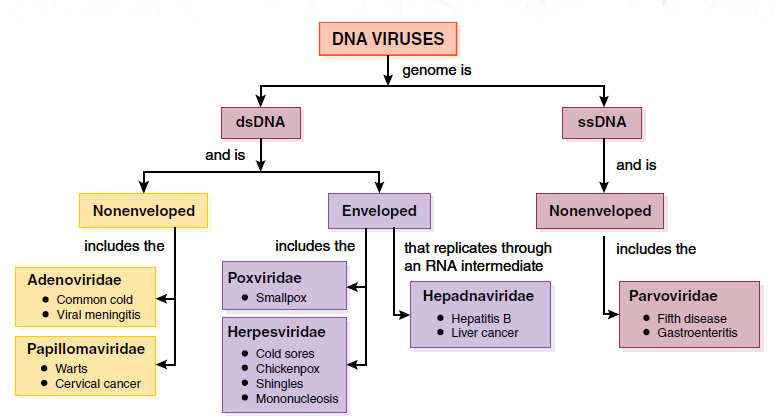 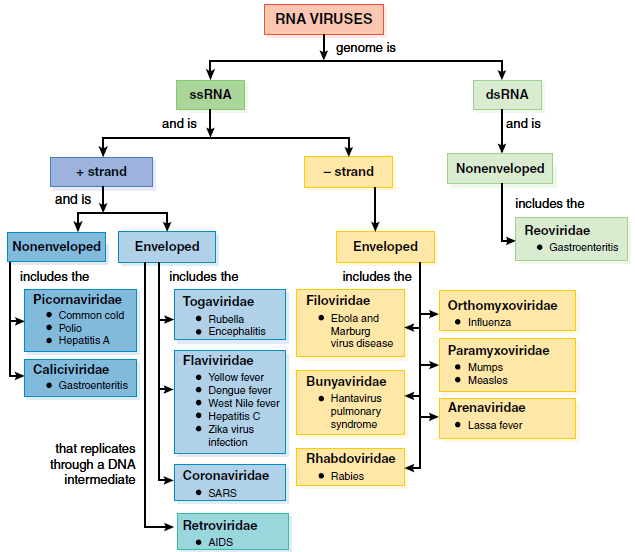 As a rule, the genomes of RNA viruses are smaller than those in DNA viruses, and they depend more heavily on host cell proteins and enzymes for replication. RNA virus genomes also are more error (mutation) prone when copying their RNA genome because the RNA polymerase lacks the efficient proofreading exhibited by DNA polymerase to correct replication errors.