Water as a Microbial Habitat

Microbes drive marine and aquatic ecosystems. They are the most diverse and abundant organisms in these habitats. The importance of microbial activities in oceans, rivers, and lakes has been brought into sharp focus by global climate change. To understand the capacity of microbes to influence the worldwide flux of nutrients and greenhouse gases, we must first consider marine and aquatic habitats.

The nature of water as a microbial habitat depends on a number of physical factors such as temperature, pH, and light penetration. One of the most important factors is dissolved oxygen. The flux rate of oxygen through water is about 10,000 times less than its rate through air. However, in some aquatic habitats, the limits to oxygen diffusion can be offset by the increased solubility of oxygen at colder temperatures and increasing atmospheric pressures. 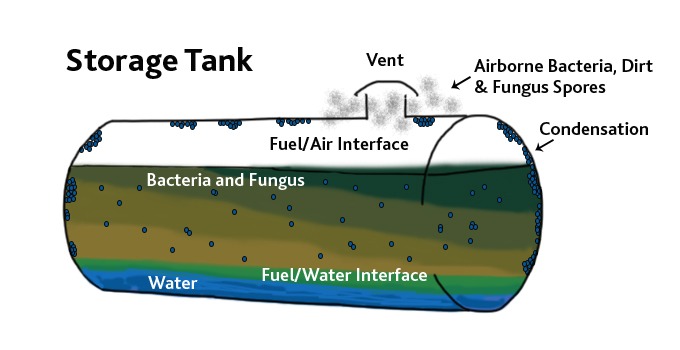 For instance, in the very deep ocean, the dissolved oxygen concentration actually increases with depth, even though the airwater interface can be literally miles away. On the other hand, tropical lakes and summertime temperate lakes may become oxygen limited only meters below the surface.

Light is also critical for the health of marine and freshwater ecosystems. Like all life on Earth, all organisms in these environments depend on primary producers-autotrophic organisms to provide organic carbon. In streams, lakes, and coastal marine systems, macroscopic algae and plants are the chief primary producers. Organic carbon also enters these systems in terrestrial runoff. The situation is very different in the open ocean, where all organic carbon is the product of microbial autotrophy. In fact, about half of all primary production on Earth is the result of this microbial carbon fixation.

Solar radiation warms the water, and this can lead to thermal stratification. Warm water is less dense than cool water, so as the sun heats the surface in tropical and temperate waters, a thermocline develops. A thermocline can be thought of as a mass of warmer water “floating” on top of cooler water. These two water masses remain separate until there is either a substantial mixing event, such as a severe storm, or in temperate climates, the onset of autumn.

As the weather cools, the upper layer of warm water becomes cooled and the two water masses mix. This is often associated with a pulse of nutrients from the lower, darker waters to the surface. This pulse of nutrients can trigger a sudden and rapid increase in the population of certain microbes, and a bloom may develop. This is considered more fully in the discussion of microorganisms in coastal marine systems (p. 663) and lakes (p. 675).

Lastly, CO2 plays many important roles in chemical and biological processes. The pH of unbuffered distilled water is determined by dissolved CO2in equilibrium with the air and is approximately 5.0 to 5.5. The pH of freshwater systems such as lakes and streams, which are usually only weakly buffered, is therefore controlled by terrestrial input (e.g., minerals that may be either acidic or alkaline) and the rate at which CO2 is removed by photoautotrophic organisms such as diatoms; CO2 fixation can increase the pH of the water.

In contrast, seawater is strongly buffered by the balance of CO2, bicarbonate (HCO3–),and carbonate (CO3–). Atmospheric CO2 enters the oceans and either is converted to organic carbon by photosynthesis or reacts with seawater to form carbonic acid (H2CO3), which quickly dissociates to form bicarbonate and carbonate.

The oceans are effectively buffered between pH 7.6 and 8.2 by this carbonate equilibrium system. Much like the buffer one might use in a chemistry experiment, the pH of seawater is determined by the relative concentrations of bicarbonate and carbonate.

The reactions of the carbonate equilibrium system have taken on new importance as increases in atmospheric CO2 result in higher rates of CO2 dissolution in seawater. In fact, the ocean is already absorbing about half the anthropogenically produced CO2. This has led to ocean acidification; the average pH of the ocean has dropped by 0.1 unit (to 8.1) since the pre-industrial age.

It is expected to decline another 0.35 to 0.50 by 2100, unless effective means of limiting CO2 emissions are implemented. This is significant because as C02 increases, the carbonate equilibrium shifts away from CaCO3, potentially limiting its availability for the formation of shells and skeletons of marine organisms. Because the protists known as coccolithophores produce about a third of the marine CaCO3, they have been the focus of investigations seeking to predict the effects of ocean acidification.

While responses are species specific, it is clear that these seemingly slight shifts in pH have an impact (figure 30.2). Ocean acidification will also have a negative impact on corals. Although it is difficult to predict, some models estimate that when atmospheric C02 reaches about 550 ppm, many corals will begin to erode rather than grow. If left unchecked, this threshold will be crossed in the mid-twenty-first century.