Causative Agent and Epidemiology of Malaria

The life cycle of P. falciparum and its clinical presentation are described in FIGURE. The cycle alternates between mosquitoes and human hosts and that the parasite has three important stages: the sporozoite, the merozoite, and the gametocyte/gamete.

Treatment and Prevention of Malaria 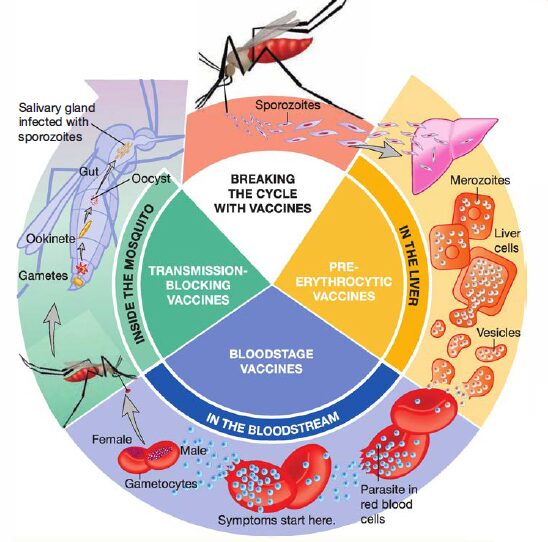