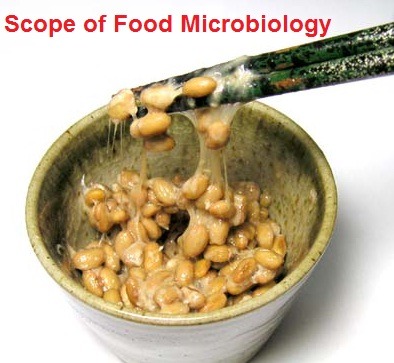 Microbiology is the science which includes the study of the occurrence and significance of bacteria, fungi, protozoa and algae which are the beginning and ending of food chains upon which all life depends.

Most food chains begin wherever photosynthetic organisms can trap light energy and use it to synthesize large molecules from carbon dioxide, water and mineral salts forming the proteins, fats and carbohydrates which all other living creatures use for food.

Within and on the bodies of all living creatures, as well as in soil and water, micro-organisms build up and change molecules, extracting energy and growth substances. They also help to control population levels of higher animals and plants by parasitism and pathogenicity.

When plants and animals die, their protective antimicrobial systems cease to function so that, sooner or later, decay begins liberating the smaller molecules for re-use by plants.

Without human intervention, growth, death, decay and regrowth would form an intricate web of plants, animals and micro-organisms, varying with changes in climate and often showing apparently chaotic fluctuations in populations of individual species, but inherently balanced in numbers between producing, consuming and recycling groups.

In the distant past, these cycles of growth and decay would have been little influenced by the small human population that could be supported by the hunting and gathering of food.

From around 10 000 BC however, the deliberate cultivation of plants and herding of animals started in some areas of the world. The increased productivity of the land and the improved nutrition that resulted led to population growth and a probable increase in the average lifespan.

The availability of food surpluses also liberated some from daily toil in the fields and stimulated the
development of specialized crafts, urban centers, and trade – in short, civilization.

The foods that we eat are rarely if ever sterile, they carry microbial associations whose composition depends upon which organisms gain access and how they grow, survive and interact in the food over time.

The micro-organisms present will originate from the natural micro-flora of the raw material and those organisms introduced in the course of harvesting/slaughter, processing, storage and distribution.

These factors  In most cases this microflora has no discernible effect and the food is consumed without objection and with no adverse consequences. In some instances though, micro-organisms manifest their presence in one of several ways: