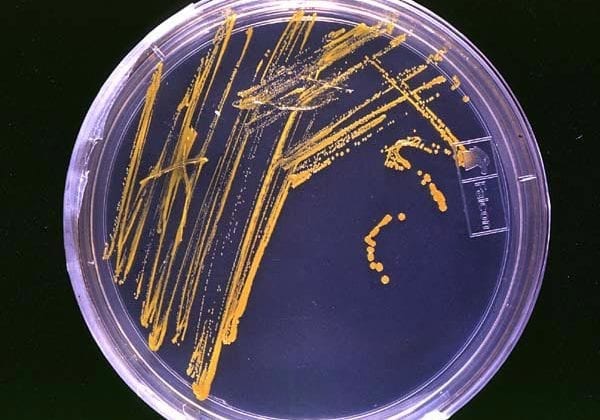 Culturing microbes is possible only if suitable culture media are available. A culture medium is a solid or liquid preparation used to grow, transport, and store microorganisms.

The medium must contain all the nutrients the microorganism requires for growth.

Specialized media are essential in the isolation and identification of microorganisms, the testing of antibiotic sensitivities, water and food analysis, industrial microbiology, and other activities.

All microorganisms need sources of energy and macro and micro nutrients, the precise composition of a satisfactory medium depends on the species being cultivated.

A medium is used to select and grow specific microorganisms or to help identify a particular species. Media can also be specifically designed to facilitate the growth of one type of microbe present in a sample from nature.

Culture media can be classified based on several parameters:

A medium in which all chemical components are known is a defined or synthetic medium. It can be in a liquid form (broth) or solidified by an agent such as agar.

Defined media are often used to culture photoautotrophs such as cynobacteria and photosynthetic  protists. These microbes use C02 as a carbon source and light as an energy source.

Thus, they can be grown on media containing sodium carbonate or bicarbonate (sources of C02), nitrate or ammonia as a nitrogen source, sulfate, phosphate, and other minerals. Many chemoorganoheterotrophs also can be grown in defined media.

Defined media are used widely in research, as it is often desirable to know exactly what the microorganism is metabolizing.

Media that contain some ingredients of unknown chemical composition are complex media.

They are very useful because a single complex medium may be able to meet all the nutritional requirements of many different microorganisms.

Peptones are protein hydrolysates prepared by partial proteolytic digestion of meat, casein, soya meal, gelatin, and other protein sources. They serve as sources of carbon, energy, and nitrogen.

Yeast extract is an excellent source of B vitamins as well as nitrogen and carbon compounds.

Agar is the most commonly used solidifying agent. It is a sulfated polymer composed mainly of D-galactose, 3,6-anhydro-L-galactose, and D-glucuronic acid. It usually is extracted from red algae. Agar is well suited as a solidifying agent for several reasons. One is that it melts at about 90°C but, once melted, does not harden until it reaches about 45°C.

Eosin methylene blue agar and MacConkey agar are widely used for the detection of E. coli and related bacteria in water supplies and elsewhere. These media suppress the growth of Gram-positive bacteria.

Differential media are media that distinguish among different groups of microbes and even permit tentative identification of microorganisms based on their biological characteristics.

Blood agar is both a differential medium and an enriched one. It distinguishes between hemolytic and non-hemolytic bacteria.

Some hemolytic bacteria (e.g., many streptococci and staphylococci isolated from throats) produce clear zones around their colonies because of red blood cell destruction.