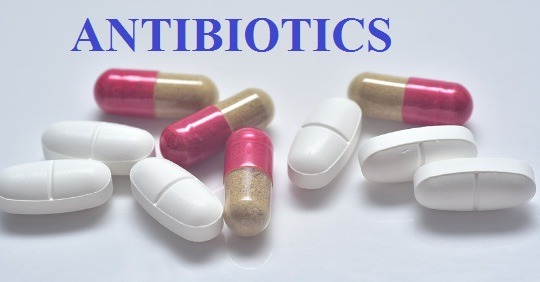 Antibiotics are natural or synthetic compounds that kill bacteria. There are a myriad of different antibiotics that act on different structural or biochemical components of bacteria. Antibiotics have no direct effect on virus.

Prior to the discovery of the first antibiotic, penicillin, in the 1930s, there were few effective ways of combating bacterial infections. Illnesses such as pneumonia, tuberculosis, and typhoid fever were virtually untreatable, and minor bacterial infections could blossom into life-threatening maladies.

In the decades following the discovery of penicillin, many naturally occurring antibiotics were discovered and still more were synthesized towards specific targets on or in bacteria. Antibiotics are manufactured by bacteria and various eukaryotic organisms, such as plants, usually to protect the organism from attack by other bacteria. The discovery of these compounds involves screening samples against bacteria for an inhibition in growth of the bacteria.

In commercial settings, such screening has been automated so that thousands of samples can be processed each day. Antibiotics can also be manufactured by tailoring a compound to hone in on a selected target. The advent of molecular sequencing technology and three-dimensional image reconstruction has made the design of antibiotics easier.

The disruption can occur by blocking either the construction of the subunits of the peptidoglycan or by preventing their incorporation into the existing network. In another example, amonglycoside antibiotics can bind to a subunit of the ribosome, which blocks the manufacture of protein, or can reduce the ability of molecules to move across the cell wall to the inside of the bacterium. As a final example, the quinolone antibiotics disrupt the function of an enzyme that uncoils the double helix of deoxyribonucleic acid, which is vital if the DNA is to be replicated.

The discovery of penicillin, a myriad of different antibiotics proved to be phenomenally effective in controlling infectious bacteria. Antibiotics quickly became (and to a large extent remain) a vital tool in the physician’s arsenal against many bacterial infections.

By the 1970s the success of antibiotics led to the generally held view that bacterial infectious diseases would soon be eliminated. However, the subsequent acquisition of resistance to many antibiotics by bacteria has proved to be very problematic.

Sometimes resistance to an antibiotic can be overcome by modifying the antibiotic slightly, via addition of a different chemical group. This acts to alter the tree-dimensional structure of the antibiotic. Unfortunately, such a modification tends to produce susceptibility to the new antibiotic for a relatively short time. 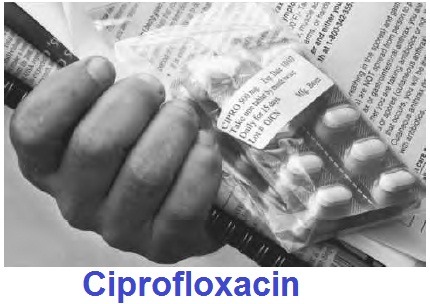 Antibiotic resistance a problem that develops when antibiotics are overused or misused. If an antibiotic is used properly to treat an infection, then all the infectious bacteria should be killed directly, or weakened such that the host’s immune response will kill them.

If the resistance is governed by a genetic alteration, the genetic change may be passed on to subsequent generations of bacterial. For example, many strains of the bacterium that causes tuberculosis are now also resistant to one or more of the antibiotics routinely used to control the lung infection.

As a second example, some strains of Staphylococcus aureus that can cause boils, pneumonia, or bloodstream infections, are resistant to almost all antibiotics, making those conditions difficult to treat.